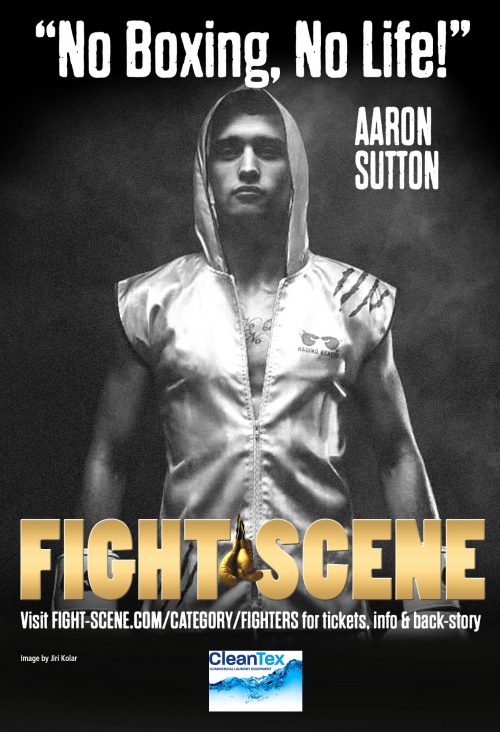 When I took up boxing I found something I was really good at and enjoyed, so I gave my life to the sport and gave it everything I have.”

Aaron Sutton, the Bristol born middleweight may not possess the absolute amateur experience in the sport, however has shown himself to be a naturally talented fighter with an unwavering will to win at all costs!

Despite not originally coming from a purely boxing background, Sutton has always been a fighting man with his early discipline being kickboxing. Sutton fought as a kickboxer in his youth, fighting in France and other venues all across the UK.

In an unprecedented turn of events, Sutton traded kickboxing for white collar boxing at the youthful age of 16 and was pitted against a far more experienced fighter in his first bout, only to dispatch him in the first round. Sutton continued to have an impressive spell in the white collar ranks winning 24 of 25 bouts over a three year period.

Since turning to boxing, Sutton has shown a desire to excel at the sport and has vowed to show it the utmost commitment.

“Winning means everything to me, it’s the only thing I am good at. I was never any good at school, never passed a test in my life. I always gave it my best I could never get to grips with it. When I took up boxing I found something I was really good at and enjoyed, so I gave my life to the sport and gave it everything I have.”

After impressing in the white collar ranks, Sutton caught the eye of Chris Sanigar. Under the guidance of Sanigar, Sutton bypassed the amateur scene and turned straight over to the pro ranks. 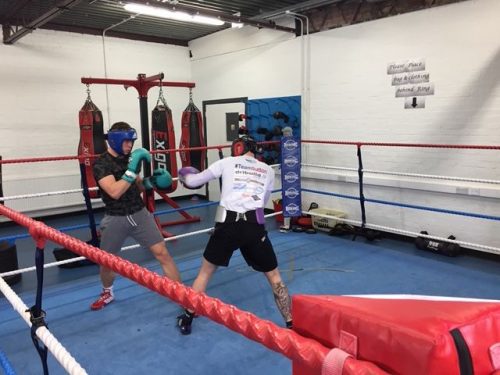 “I started training down at Empire sparring the pros, the manager Chris [Sanigar] asked if I would be interested in signing so I jumped at the chance”

The middleweight had his first pro bout at the age of 19, securing a points victory over now 9-2-1 Kieran Gething. Sutton has since gone on to secure a further seven victories, with a decision over Geraint Goodridge being the most recent to extend his record to 9-0-0.

Thus far in his career Sutton has shown preference to a fan friendly front foot style that has a likening to one of his favourite boxers, Carl Froch.

“I like to watch people who always come forward and draw their opponents into a fight. This is how I try to fight when I’m in the ring.  I used to love watching Carl Froch as he was never the best boxer, but he always came to fight and I loved his spirit.”

While most 21 year old prospects may struggle to deal with the occasion of a fight night, Sutton remains the calmest man in the building and says that he relishes the pressure of a fight night.

“I don’t really like getting pumped up as I am normally really relaxed before the fight. I love the pressure of fighting in front of my followers. I always pick old classic tunes to walk out too as these keep me relaxed. I walk out to ‘I Love You Baby’ by Frank Sinatra.” 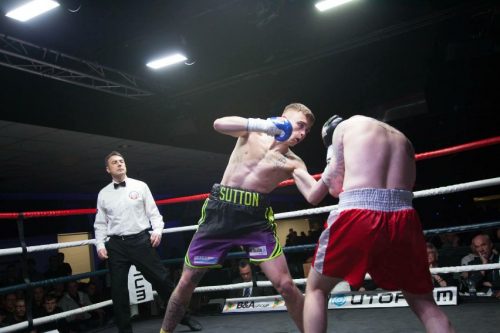 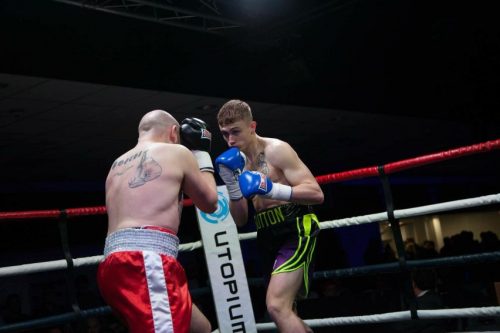 At just 21 years old, Sutton remains in the early stages of his career but has made no bones about what his aims are in the sport.

“In 5 years time I want to be British, European and World Champion. I want it all, I want to make a name for myself. Keep following me and one day I will be on top”

Aaron Sutton has proved to be one of a rare naturally gifted fighters in the sport, and in his final words shares this message:

” Boxing has helped me by keeping me out of trouble and keeping me off the streets!. I have the utmost respect for anyone that has the courage to get in the ring and want to wish them all the best in every aspect of their life and career.” 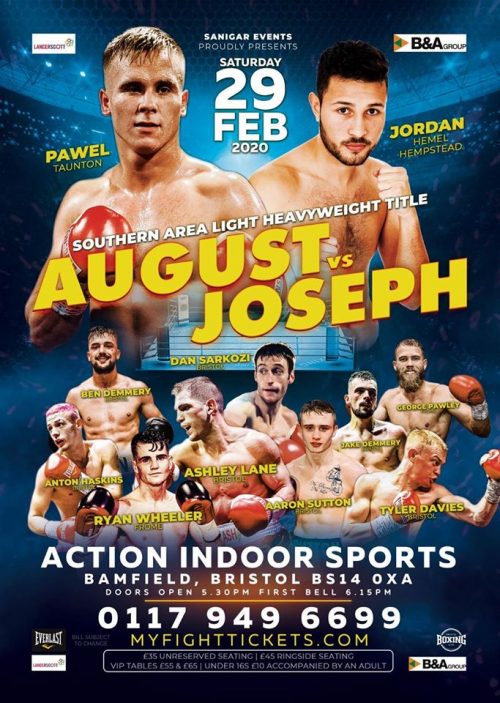 The next generation of commercial laundry equipment is here!