“Life has hit me harder than anyone wearing a pair of 10oz gloves ever will…. I won’t stop moving forward until my dreams are reality.” 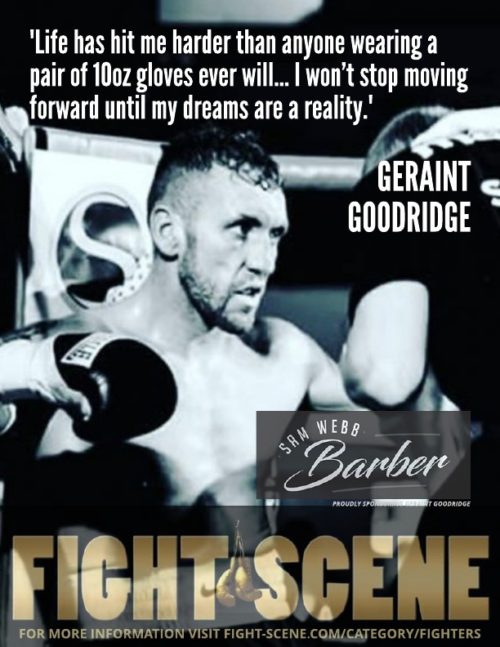 FIGHT SCENE TALKS TO GERAINT GOODRIDGE AHEAD OF HIS PRO FIGHT.

Geraint Goodridge doesn’t do things easily. And he’s the first to admit it.

professional footballer and racked up wins early on), he found himself on the road and suffering a string of defeats.

“Well it doesn’t look great does it!” he admits, through a chuckle, never one for moping around or dodging a sore subject.

“But the thing is, I was only losing by a point & I feel myself improving every time, so I know that win is coming. I felt

like I losing a round every time I passed the services!”, Geraint jokes, demonstrating the comedic character he passed on to

his four young lads. (Two of them once convinced Geraint it was fancy dress day in school so he would drop them at the gates dressed as

And it’s hard to not agree with his sentiments, since all of those narrow defeats had been on the road, twice up to

London’s York Hall where he took on local favourites in the lion’s den of boxing. A feat that many fighters at Geraint’s

level have failed to rise up to, instead feeling more comfortable staying at home on smaller cards.

And those losses didn’t just come at the hands of journeymen either. Goodridge was beaten by genuine fighters, opponents

with zeros in the L column, next to a bigger number under W. And still, Geraint was only just beaten.

But why take the risks early on? For Goodridge, managed by Jamie Arthur, it’s about moving forward:

“Life has hit me harder than anybody wearing a pair of 10oz gloves ever will. I won’t stop moving forward until my dreams are a reality”, Geraint told Fight Scene, before reminiscing about how his career started…

“Things in my life hadn’t exactly gone to plan. I needed a goal and, man, boxing gave me one! I always have had a love for

boxing so I had a white collar fight to raise money for my mate’s little girl who unfortunately had bone marrow cancer.

And that night, in that roped-off square, I realised I was born to be a fighter. The Welsh Title Belt will always be the

goal and I’m not stopping until I carry it out of the ring. Boxing gives me focus, drive & ambition – and that never say

die attitude. You can be down, but as long as you can get up, you’re not out!”

Goodridge,  says that his boxing inspiration has come from sources both on the world scene and much closer to home. 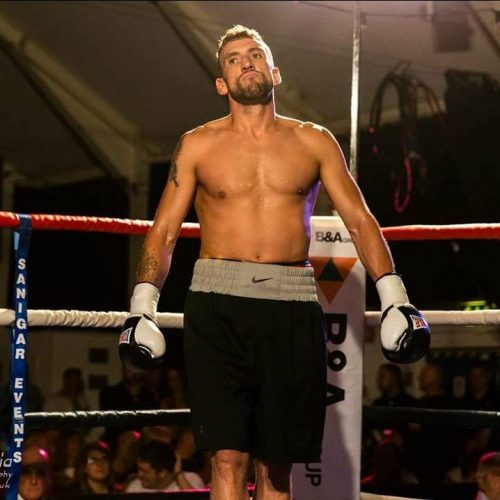 “Mike Tyson was my idol (and man would I love a pet tiger!). Now though, Lomanchenko is my favourite. The man is on a

different level. But as I’ve said before Jamie Arthur, my coach, manager and best friend will always be my boxing hero.

Not only was he a great boxer, he’s a great person too. And without Arthur there is no Goodridge.”

Goodridge is a man who respects his past and appreciates the chances he’s been given by boxing. So before heading back to

the gym and onto father duties, Geraint had a word for his sponsors & his fans.

“I have great support from my main sponsors, MHL Ltd, and from my other sponsors* who cover traveling, training and

medical fees. You’re all absolutely amazing, thank you. But I’d also like to thank my fans. Your support drives me on.

Every message, every cheer and every social media well-wish.”

And he wasn’t leaving without speaking to the most important people in his life, his family.

“I’d like to thank my family. My Mum, Mairwen, sponsors me with fish and veg when the diet gets serious, haha, love you

Mam! And of course my four boys, who are my reason to succeed, Finley, Harrison, Reuben & Jaxon. When I raise that Welsh

title belt for them four champs, my work is done. You think I ain’t getting that, you dont know me.”

With four children, a late career-start and a life on the road taking big hits, Geraint Goodridge is still absolutely

assured that the title will come.

through the hard times. Even when it is through the gritted teeth of a fully-focussed fighting man.

2-5-2 will next fight Daniel Barton 3-0-1 (2KO) on the 27th October, in Newport for the Welsh Vacant Middleweight Championship, live on S4C

Contact My Fight Tickets for Ticket sales  by clicking the following link: 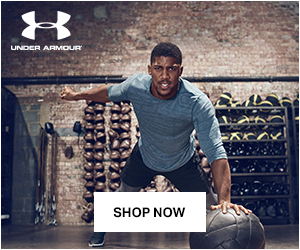