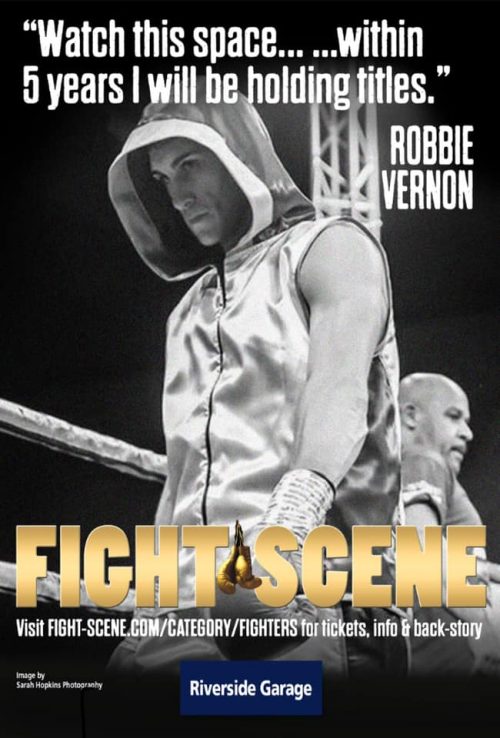 What did you want to do when you were just 8 years old? The usual answer would be something along the lines of playing with friends, riding a bicycle down the street, or playing video games after school.

But for Welsh-born Robbie Vernon (4-0 w), the only thing on his mind growing up was boxing. The Super Lightweight fighter first walked into Ferndale Boxing Club at just 8 years old, and has since developed his craft over a thirteen-year period.

After literally growing into an adult with his hands wrapped in cotton and fists laced in leather, Vernon turned professional at the youthful age of 23, dispatching his opponent (Joe Jones)(0-2) via TKO in October 2018, and although still very premature in the professional game, has enjoyed multiple successes as an amateur protégé. 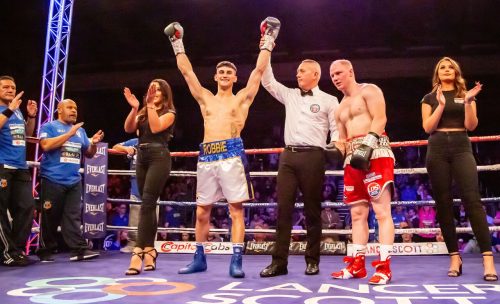 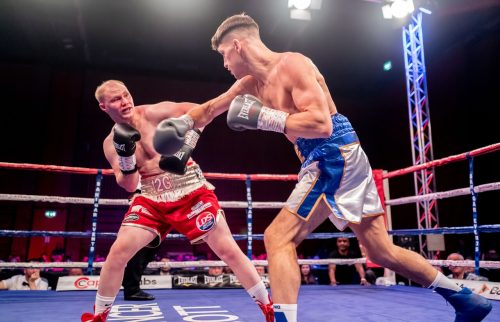 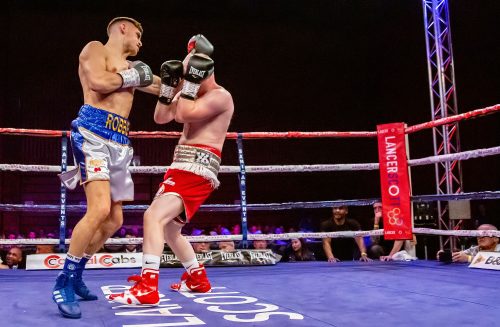 You could say someone who only wanted to box from the age of 8 was destined to win gold, but Vernon’s unquestionable dedication, and at such an early age, shows there was no luck in his storied road to today.

“Although its good to have an amateur pedigree, the professional game is completely different. My style is better suited to the professionals, but it’s all collectively part of developing as a fighter” Vernon said.

“I’ve been able to develop from 8 years old. It’s all about staying consistent. Sparring Lee Selby as well is such an educational experience. He’s such a tough fighter to spar, his pressure is brilliant and he just doesn’t tire. I can’t really get much better sparring than (Lee), and I’ve noticed such a development since sparring him, it really is the best thing for me sparring against world class opposition.”

Vernon’s turbulent amateur career, despite capturing over 11 championships combined, was still not shy of set-backs. Established names in the amateur circuit such as Archie Sharp (14-0 w/7Kos) and the McCormack twins all boxed Vernon and managed to outpoint him, but overcoming these initial hurdles proved to be relatively easy for someone with the determination that he possesses. 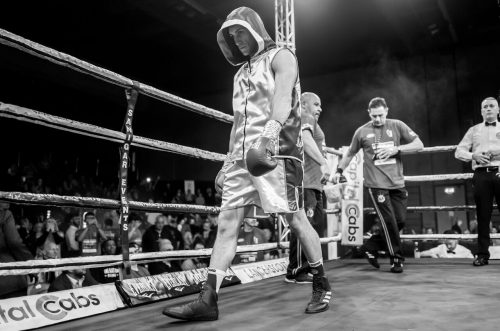 “No one wants to lose but for me that was really beneficial to my development. You’ve got to have a sound mind in boxing and for me the motivation of winning is something that just keeps me going. You have to lose in-order to become better.”

Sometimes in life the set-backs allow us to come further forward than ever before, and for Vernon, the feeling of losing was another driving force behind his unquestionable determination to become not just the best boxer, but the best person he can be.

Now very early on his professional campaign, Vernon’s day to day routine in fight-camp speaks volumes of his mentality and attitude towards such an unforgiving yet rewarding sport.

“On a normal day (in camp), I’ll wake up at 7 o’clock for strength and conditioning (squats, deadlifts, bench press, plyometrics and calisthenics) which lasts for 2 hours, then I’ll go back home and sleep for another few hours. When I wake back up, usually around 11, ill be in the boxing gym doing sparring, pad-work, bag drills, shadow boxing, and then back home for another few hours of sleep, and then back up later on to do my road-work and occasionally a sauna session to help shed the weight off me in the evening. Sometimes I’ll even do an extra run at night just to keep myself ticking over, and obviously I have my meals and nutrition planned throughout my day.”

With sparring the likes of Lee Selby and having such dynamic experiences already in the ring, Vernon also credits his amateur days toward his understanding of the technicalities of being a professional prize-fighter. The amateurs, unlike the pro-game, requires fighters to point-score with clean and precise punches, often serving as a catalyst for technicians to perfect their skills in the squared circle. A common characteristic of a seasoned amateur fighter is an excellent jab. Knowing when and where to use it is a skill that even the most experienced of fighters can rarely master, and is something that Vernon regards with great importance.

“Without a doubt the jab is the most important punch in boxing. It allows you to lign up your opponent, and set-up all your other shots. There isn’t another punch that is as important as the jab, and the amateurs definitely teach you that, through the point-scoring system. You can have a fighter who has all the skill in the world too, but you still have to make it to the end of the fight, and that is a skill in itself.”

With all the credentials and early experience needed, Vernon now looks ahead toward his professional career, and much like in the amateurs, he can’t help but envision a championship belt around his waist. Although only being two fights into his career, Vernon is keen to see where his development can take him and looks toward the bigger fights in the Super Lightweight division.

“I would like to say in five years time I’ll have some titles, I’m still taking each day as it comes and seeing where I can go. I’m a very respectful man and I understand what is needed for this sport. Everything is a learning curve.” 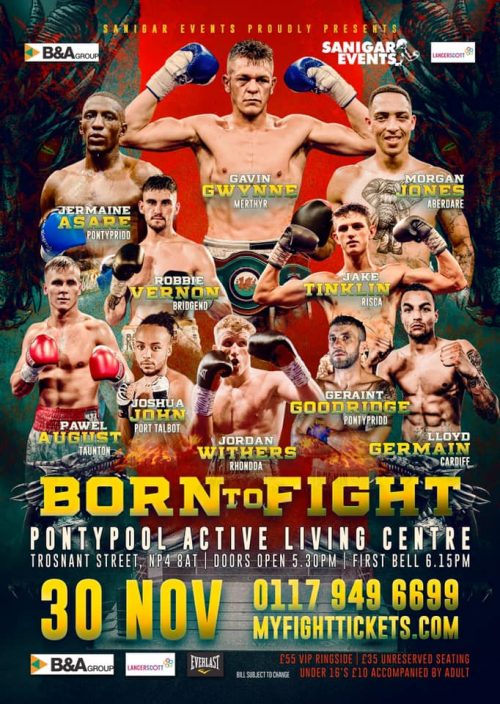